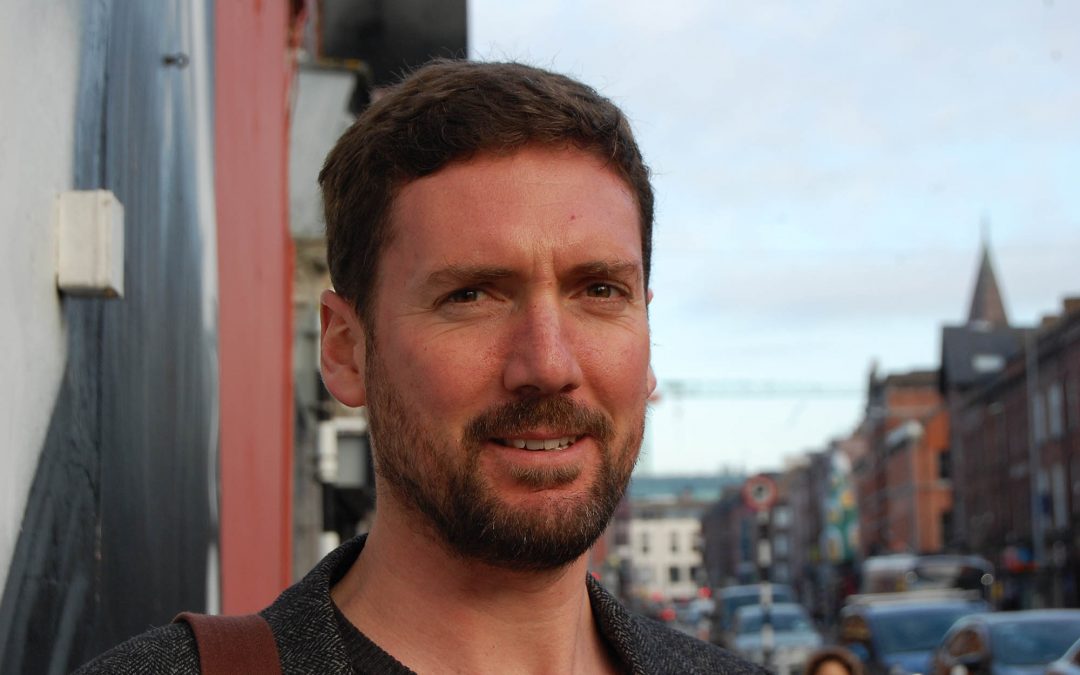 If you were to make a map of the trees in your area, what would it look like? Are there particular avenues, copses, clumps, and woods that stand out? What memories do you and your neighbours have of any local trees? Are there any associated with particular birds, seasons, flowers or fruit? Where are your conker trees, apple trees and chestnut trees? Do any have names or local histories: Gospel Oaks, Boundary Oaks, Kissing Trees or Wishing Trees? You might think of stand-out characters like the Major Oak of Sherwood Forest or Wordsworth’s ancient Borrowdale Yews, ‘Up-coiling, and inveterately convolved’. What would you put on the map?

Some years ago now, in the mid-1990s, the arts and environmental charity Common Ground trialled a ‘Tree Tales’ initiative in Northamptonshire, a little like the famous ‘Parish Maps’ of which there are now many thousands. The result was a large map of the area, ‘Tree Tales of South Northamptonshire’, that offers a grid reference and a little illustrated history for some of the most locally significant trees. Many people had an impressive depth of knowledge about one or two trees but the beauty of the map was the way it brought all that knowledge together into one place for common use. The map is a very intriguing record of this collected knowledge.

In Maidford, for example, between Northampton and Banbury, each of the trees around the church was planted in memory of a young man from the village who died in the First World War, a poignant expression of memory and grief. The village of Aynho to the south is known as ‘the apricot village’ because apparently in the early 16th century the Lord of the Manor gave his tenants apricot trees to plant in the warm soil next to their chimney breasts, requesting that they pay part of their tithes in apricots rather than money. A good number of local gardens still have apricot trees in them today. Other slightly more grim associations record the Middleton Cheney Oak which is known for the body of a man and a boy found buried at its foot in the early 19th century (thought to be the victims of the notorious Culworth Gang); and a row of willows around the old brick pits at Silverstone that are said to be haunted by a carriage and horses that sunk into the surrounding mire.

A parish tree survey for Salcey Forest and Hartwell, just south of Northampton, records the names of quite a number of the oak trees and one, the Church Path Oak, even has its own plaque. There you’ll find Piddington Oak, Queen Hive Oak, and Milking Oak, so named because its huge, once-coppiced crown gave shade when the cows were milked outdoors in the summer. Salcey Oak itself even once had a poem published in The Northampton Mercury in 1825. It was a plea to be spared addressed to the local villagers and the King:

Whether of high or low condition
I supplicatingly petition
That you would please to spare my age
From the devouring axe’s rage,
Which you’ve commissioned, so hear we,
To cut down every forest tree.

(In its next issue, The Mercury published a poem in reply in the voice of the King granting the tree a reprieve out of ‘respect for your lengthen’d years’).

Of course, it’s not only such notable trees that matter, but it does make you wonder what memories, histories and associations others in your village or borough might have about the trees nearby. As Richard Mabey reminds us, ‘what you take for granted might be a revelation to your neighbour.’ A Tree Tales map shows how we might all have small pieces of the puzzle and that putting them together can produce something rich and memorable that the people of an area can treasure as a record of their heritage. And who knows what other ideas making the map might prompt: tree walks, tours, booklets, annual picnics, new artworks, perhaps even the planting of new trees themselves, carefully matched to soil and surroundings?

Knowing the meaning and value of the trees around you is more important now than ever. A concerning trend has recently begun to see city councils outsource highway maintenance to private companies that are less accountable to civic democracy. In Sheffield, the city council has signed a twenty-five-year contract with Amey PLC, a large infrastructure provider and seventeen thousand mature highway trees in the city have been scheduled for felling as a result. This is half of the roadside trees in Sheffield, a city that proudly claims to be one of the greenest industrial cities in Western Europe. Why? Too often the reasons given are pavement undulation and kerb misalignment. Several thousand have already been felled.

A turning point came recently in Sheffield when all twelve of the healthy, mature lime trees on ‘Rustlings Road’ were felled. Public outrage and national press coverage have followed in one of biggest disputes of its kind raising important questions about civic democracy. To strip a road called ‘Rustlings’ of its trees is to strip it of its heritage and its culture. Heritage is not something that happens only in museums.

The benefits to health and well-being associated with living among mature trees have been well established now. The ‘Treeconomics’ movement has generated a powerful argument for the quantifiable value of trees that cannot be ignored. But while financial value is something that everyone can understand, trees are not only amenities. They are stranger than this too and it’s in their strangeness that something rich is preserved. They are a part of the wider community of wildlife we share the land with and they do things that we cannot. Much of their value cannot be easily quantified. Our cultural history is intertwined with the trees around us and this should give strength to the argument for their protection. They change and grow under the same shifting climate as we do. They enter our art, literature and film. They are our strange neighbours and there is a deep value in this that goes beyond arguing for them as amenities, however efficacious it may be to do so.

A project I was involved with to map ‘Tree Tales’ in Exeter in Devon recently discovered a chestnut tree that was planted in a World War II bomb crater to remember a local young man who died flying a Spitfire over France. It discovered the story of a plane tree in the grounds of the Hospital that was grown from a seedling brought over from the island of Kos where Hippocrates first practiced medicine (it was after Hippocrates that the doctors’ ‘Hippocratic oath’ was named). And it heard from a man who spent several years homeless in Exeter, who felt safe sleeping on the edge of the Cathedral Green under his favourite tree.

A map of ‘Tree Tales’ for your local area can help to gather in and articulate some of the richly strange values associated with trees. Knowing the diverse local meanings of the trees around you can help in setting out an argument for their conservation. But more than this, it can be a fun way to better get to know your place and the people who live there in a whole new way. Seeing the trees you know so well through the eyes of your neighbours can bring them alive in new ways so why not make a map of your own Tree Tales? Who knows where it will lead?

By Dr Jos Smith, Lecturer in Contemporary Literature, School of Literature, Drama and Creative Writing at the University of East Anglia

Salthouse Heath fire and the landscape

🚨⚠️@DefraGovUK Secretary of State @theresecoffey gave her first speech away from parliament today at the @CLAtweets conference.

🚨⚠️@DefraGovUK Secretary of State @theresecoffey gave her first speech away from parliament today at the @CLAtweets conference.

Salthouse Heath fire and the landscape