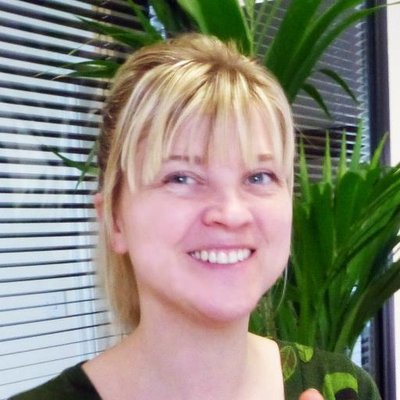 The Naturalness of Being

“Trees are sanctuaries. Whoever knows how to speak to them, whoever knows how to listen to them, can learn the truth. They do not preach learning and precepts, they preach, undeterred by particulars, the ancient law of life”          Hermann Hesse, Bäume. Betrachtungen und Gedichte

German born Swiss poet and Edwardian novelist Hermann Hesse wrote of nature with contemplative meditation, recognising its’ innate connection and timeless bond with humanity.  Such a connection is ingrained in our collective cultures and deep past.  From the Neolithic Wooden Henges unearthed on the North Norfolk coastline – reversed roots reaching skyward; to the establishment of the RSPB, Wildlife Trusts and other nature reserves, (in response to the ongoing whittling away of the landscape since the industrial revolution) the inhabitants of East Anglia have always had a strong sense of their immediate natural environment.

Less distant, the last 100 years has witnessed an explosive exponential growth in population, industrial expansion, technological advancements and a consumerism that has frequently outstripped our scientific understanding of the long-term consequences of our activities.  The resulting Central and Local Government strategic policies have sought to support economic and social growth – but failed to halt the continued reduction in biodiversity, pushing back natural habitats into fragmented pockets.  With Natural England employee numbers slimmed to waif-like proportions, the active protection of nature in the UK has become the preserve of special interest charity groups, heavily reliant on lottery and public financial support.

It is being increasingly recognised that the natural environment is under enormous pressure; it is our pantry, our place making and our primary source of re-source.  It is the air we breathe, our food and drink and a critical component in the sustenance of our health and well-being.  In the first broad-scale estimate of air pollution removal by US trees nationwide, researchers found that trees and forests in the US removed 17.4 million tons of air pollution in 2010, with human health effects valued at $6.8 billion1. Yet somehow this once mutually symbiotic relationship has become a complex and uneasy one; with ecological issues a constant matter of justification, compromise and negotiation. The collective approach to the reality of development has been one of – either – or.

In Wild Anglia’s March Journal entry, Kate Blincoe wrote of the welcome inclusion of Natural Capital as part of the accounting mechanism within policy and planning decision-making.  Environmental Accounting has pottered about on the fringes of the environmental profession since the seventies, with a limited resurgent success in the nineties within the UK.  Earnest quantitative research was picked up again in 2013 by the Natural Capital Committee.  Their work has been instrumental in formulating a realistic approach towards nature’s inclusion when planning for economic and social growth. In short – Sustainable Development.

Encouragingly, the Government’s response to last years Natural Capital Committee’s third state of natural capital report 2  has been to agree to a 25-year plan for a healthy natural economy.  The key commitments of which promise to “Place us a world leader in using data, tools and techniques to understand, map and monitor the condition and value of our land, water, air, sea and wildlife, the benefits they give us and how they are changing” and “Help individuals and organisations at local, regional, national and international levels to understand the economic, social and cultural value of nature, the impact that their actions have on it, and to use this knowledge to make better decisions and facilitate the design of sustainable financing models.”

How this is to be delivered, or funded is yet unclear; but with Norfolk and Suffolk identified as requiring 117,000 new homes with attendant supporting infrastructure by 2026 (New Anglia LEP), it has to be hoped policy delivery will roll out ahead of these major planning decisions.

A Public Dialogue on the UK National Ecosystem Assessment3 funded by NERC and conducted by the University of Exeter in 2014 concluded that the natural environment was valued for a range of cultural and health benefits and considered central to human livelihoods and prosperity. Yet participants were generally pessimistic about the future of their local natural environments and ambivalent about whether progress was being made on current and emerging environmental risks and challenges.  The challenge is most keenly felt in urban settlements where the need for and role of green spaces, or better yet ‘natural’ spaces, is crucial.   Community action is on the rise in urbanised environments, as vacant portfolio land is sought to create community charity projects.  Kitchen gardens, green gyms, garden cemeteries and forest schools have sprung up largely un-financed by the seeds of policy drivers and created richly rewarding healthy spaces for people to reconnect with nature.

Nature’s positive impact on mental and physical health is well documented.  The Japanese have a practice known as Shinrin-Yuku, or forest bathing, which requires patients to walk amongst the subtle simplicity of oxygen rich woodland for extended periods. Consequently, Shinrin-Yuku patients have lower blood pressure, pulse rates and cortisol levels – all markers of reduced stress.  So it is unsurprising to learn that those with limited access to nature suffer marked health inequalities, such as higher risks of anxiety and depression.

In many ways this is no great Archimedean revelation.  We sense with a deeper resonance what our science need not qualify: that “ancient law of life” – nature is necessary.  The apple never falls far from the Baume.

Justine Oakes has been an environmental professional for 20 years; starting her career with the Ministry of Defence and later running her own environmental consultancy for over a decade – working with blue chip companies, SME’s and public sector organisations. The majority of this work has involved contaminated land, EIA’s, Renewables and Environmental Management Systems. Justine is currently the Environment and Sustainability Officer at the University of Suffolk and chair of the South East Region for the Environmental Association of Universities and Colleges. Whilst additionally, an active member of the Suffolk Climate Change Partnership and the How Should Norfolk Grow exploratory group.  Her current focus is on finding approaches to sustainable development that explore and promote social sustainability, organisational cultural change and external partnership engagement.